Why should you check yearly Pivot Points

In my trading, I use mostly Fibonacci combined with Pivot lines (daily and weekly pivots). Still, there are times when I check yearly Pivot lines. You may find examples below very interesting.

They are calculated on price, many traders and fund managers follow them. Same with algos and trading robots, which are very well aware where important Pivot lines are. Day traders use daily Pivot Points (calculated on previous day price), swing traders use higher pivots like weekly or monthly.

It is very rare that traders check yearly pivots and they miss very important information. Yearly Pivot is calculated based on previous year:

So we take high, low and close from the previous year, sum it and divide by 3. That is our Pivot line (middle line). There are also S and R lines (more about calculating pivots here). That is why these levels are very important because they are calculated based on such a long period.

If we check examples we can see that price respects them. Of course, not in every case. We have to remember that there are many other important levels like trend lines, support and resistance lines from previous lows and highs and so on. Still, in many cases, it is worth to know where are yearly Pivot lines.

SP500 is moving down very strong. Some people say that this is a correction, other that it is start of the bear market. We will see. For now, we can see that yearly pivot line at 2536 area stopped a selloff twice. It was a place where many traders were taking profits from short positions.

Also, check this price around R1 resistance, on daily chart it looks like it did not work, but… On monthly chart, different story. We can see clearly that yearly R1 was a strong resistance and pivot line was a support. Below monthly chart of WTI oil. In 2017 there was a strong support at yearly Pivot line. For few months we saw a range move around 50$. Later, after break price went up to the yearly R1 level which was a resistance. The very interesting situation on monthly USDJPY. The whole 2017 was a range move around Pivot line. Now it looks like Pivot for 2018 is working as a resistance. What is next for this pair? We will see, but I watch it closely. Simple example. In 2016 and 2017 Pivot lines worked as a support. There was also a resistance at yearly R1. Very interesting example. We have many points marked on the chart where yearly Pivot lines were respected by DAX: How to use yearly Pivots in your trading? When there is a rapid move like the one on SP500 then I go to higher time frames and Pivots to check where important support and resistance are.

In the normal trading condition, it is ok to check it from time to time. I usually check the situation on monthly and yearly Pivots in the weekend when I’m preparing for next trading week. During a week I use lower Pivots and my Fibonacci tools to enter a trade, but I’m aware of these important levels from yearly Pivots.

The examples above showed you that this information can be very important. 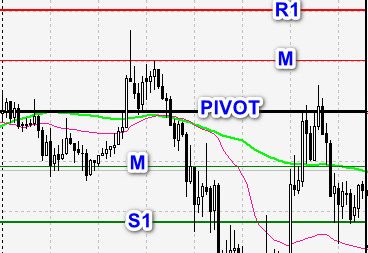 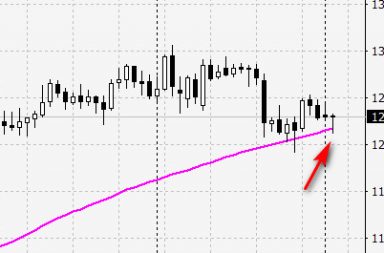 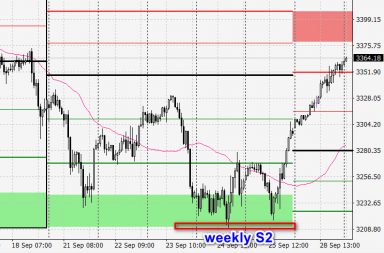