Some interesting Pivot Points charts from July 2021, and we look at what worked best. This is also a learning opportunity for people who are just learning how to invest with Pivot Points. These posts are meant to show that not only daily Pivot Points but also weekly and monthly Pivot Points can be very useful in trading.

EURUSD chart with weekly pivot points. It is clear that in the penultimate week (July 19-23) the price moved between the pivot point level and the weekly S1. That weekly S1 was a strong support for the price. In the last week of July, weekly pivot point served as a support. From here the strong move to weekly R3 began.

SPX moved very nicely between monthly levels. The attempted breakout to the new highs (3) ended at the M level. From there it was a sell-off to the monthly pivot level (4). As you can see, the monthly pivot was a strong support and from here there was a move up to the monthly R2 (5), which effectively stopped the SPX for a few days. On the other hand, there was no stronger sell-off from here, so still SPX can try to break through this level. 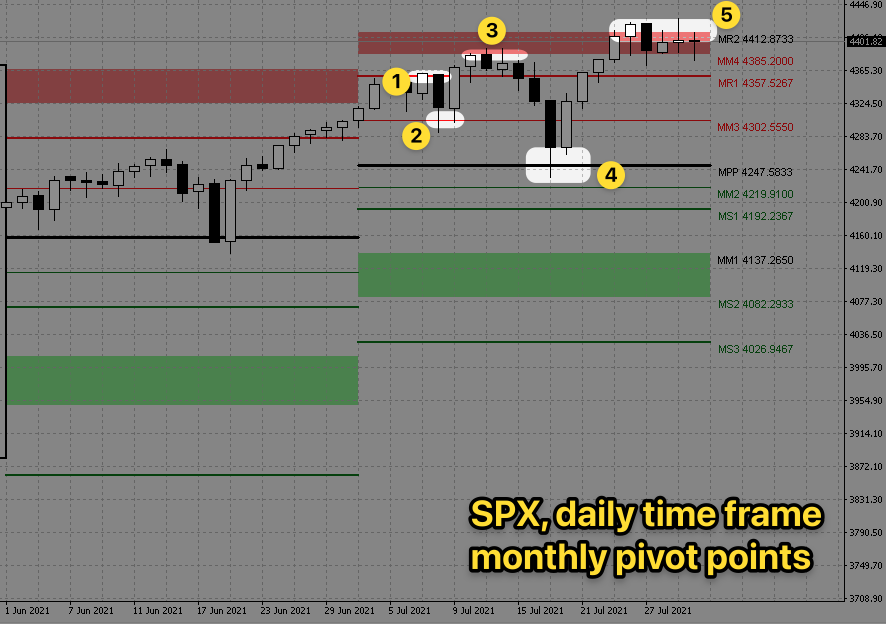 Interesting screen from the DAX, which has been trying to break through the yearly R1 since May. If it finally succeeds then maybe there will finally be a stronger upward impulse:

On the Silver chart you can see that the weekly Pivot Points worked very well. The weekly S1 level acted as support several times (1, 2, 5). You can also see that the M-lines also reacted with the price (3, 4). We ended the month with a strong rise to weekly R1.

Looking at the broader picture it can be seen that it continued the downward movement that began in May near the monthly R2. In July this movement stopped at monthly S1. 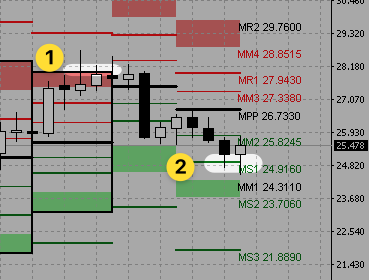 AUDUSD started July by trying to break through the monthly level (1), but this acted as a strong resistance. From there, a strong sell-off began, up to the area of the monthly S2 support (2). Later the M level (3) started to act as support.

Without going into detail. Again, it reacted very well repeatedly from the weekly pivot points.

Here it seemed that there would be a breakout and strong move down. However, the yearly M level acted as a support again and a pin bar appeared: 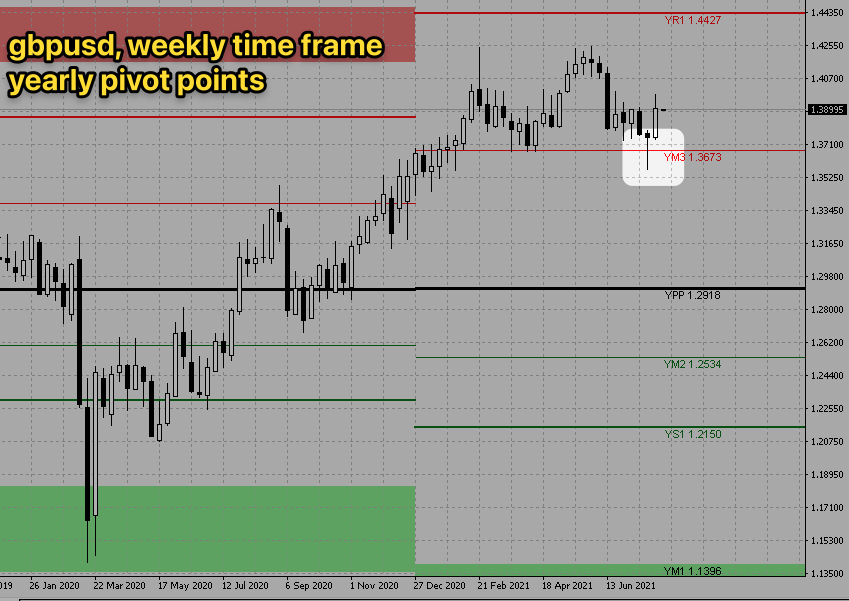 If we check the monthly pivot points then in May GBPUSD failed to push through the R2 level. In July, the move down almost reached the S2 level, but finally stopped at the M level. 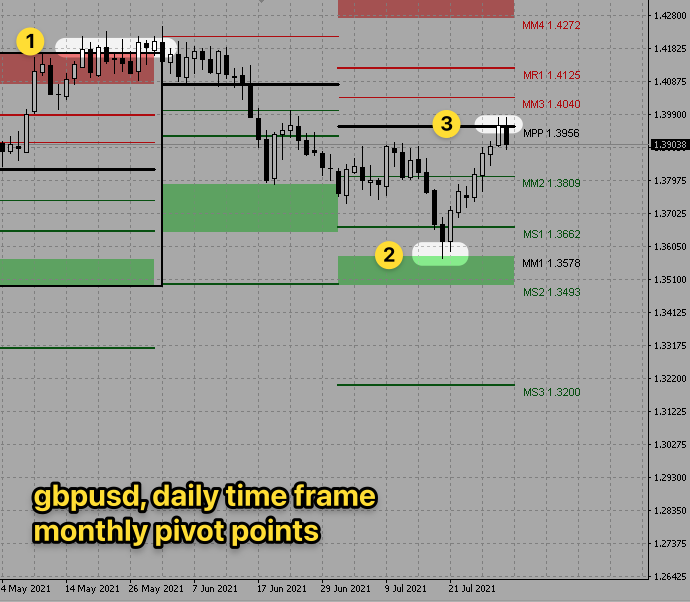