It’s been a tumultuous week for silver and gold. Many hoped that the silver squeeze movement would lift silver prices above the recent high. It was supposed to be the beginning of an all time high move.

However, this did not happen. What went wrong? How did the Pivot Points behave?

This doesn’t mean that technical analysis or Pivot Points were irrelevant. There are a few interesting things to note.

Situation after the weekend 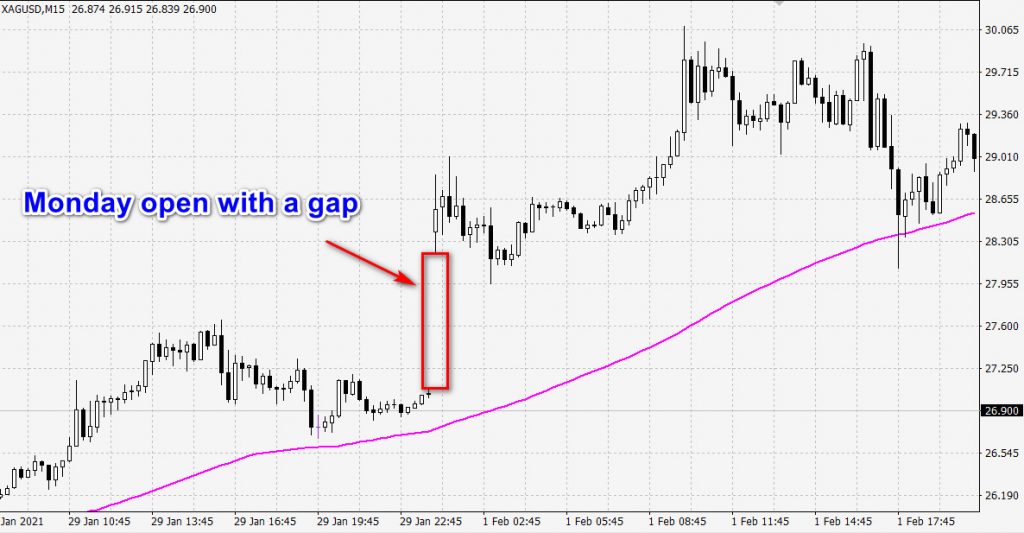 Resistance based on the weekly chart

Let’s start with the situation on the higher time frame.There is a recent high at the 29 dollars. On Monday silver managed to climb above that level.

Some traders used this place to close long positions and take profits. Some traders opened short positions here hoping to trade with a good risk reward ratio. Still, there were many left with longs hoping for move higher. 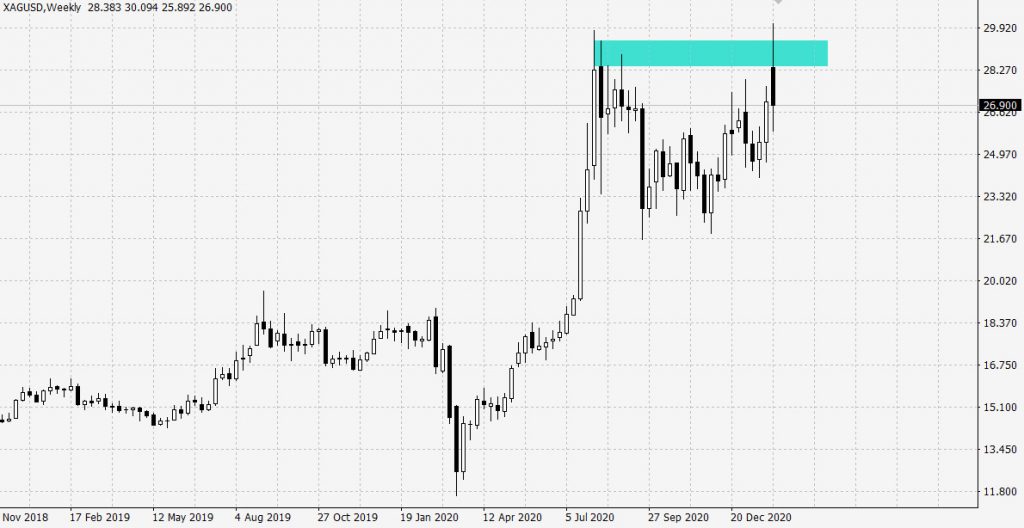 This is what happened here, when on the second day the gap was closed. 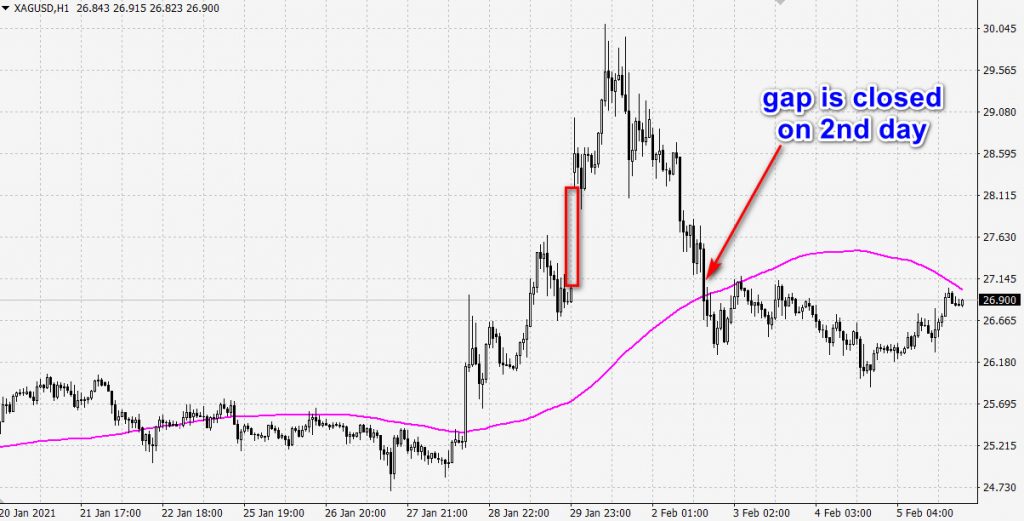 The price opened well above the central Pivot line and came very close to the R resistance levels.

On the first day silver tried to push through the weekly R2 level, but all 4-hour candles closed below R2. 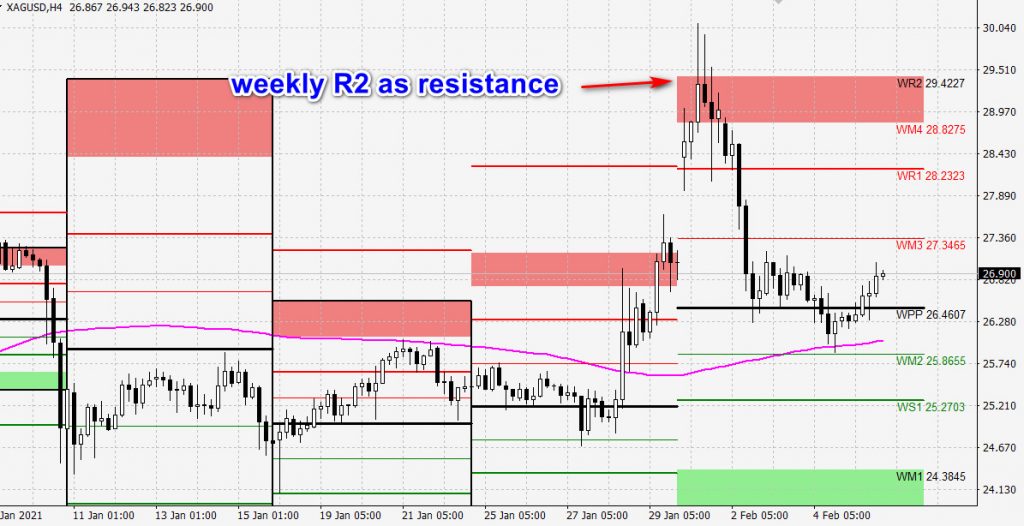 On the monthly pivot points silver also approached the R2 level. The move slowed down near the M line. 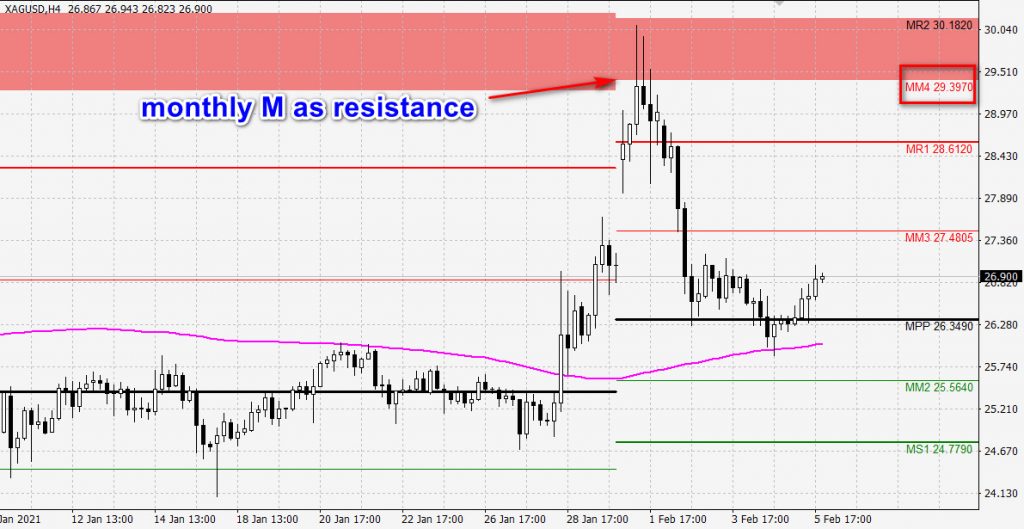 Despite silver’s clear efforts to continue its northward movement we witnessed closes below both weekly R2 and monthly R2 levels. This is where the strong sell-off began.

Gap + opening under R – past situations

We saw a very similar situation a few years ago on oil. During the weekend there were terrorist attacks on a refinery in the Arab Emirates. This pushed oil prices up at the open on Monday. 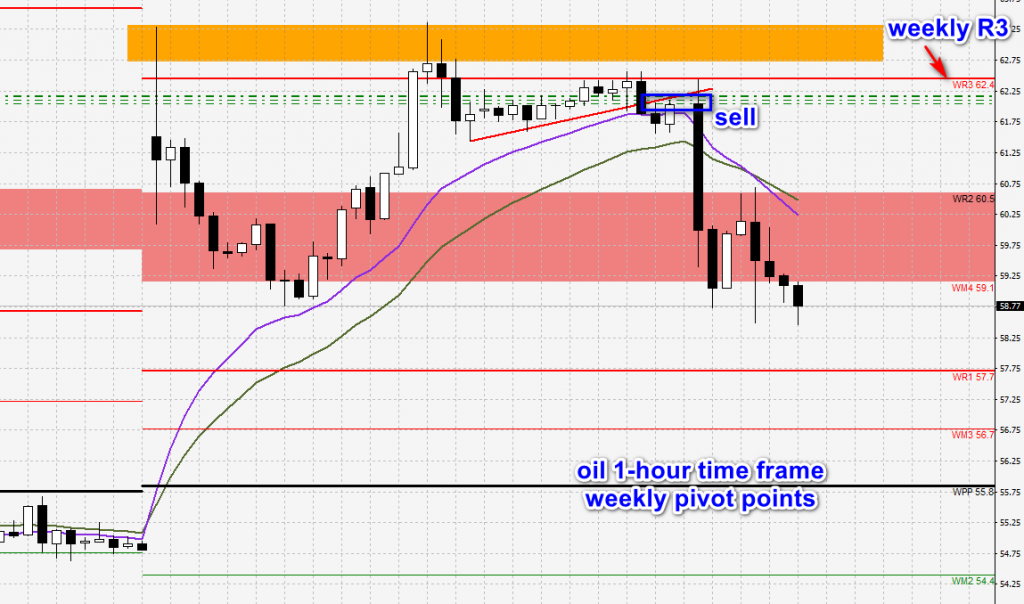 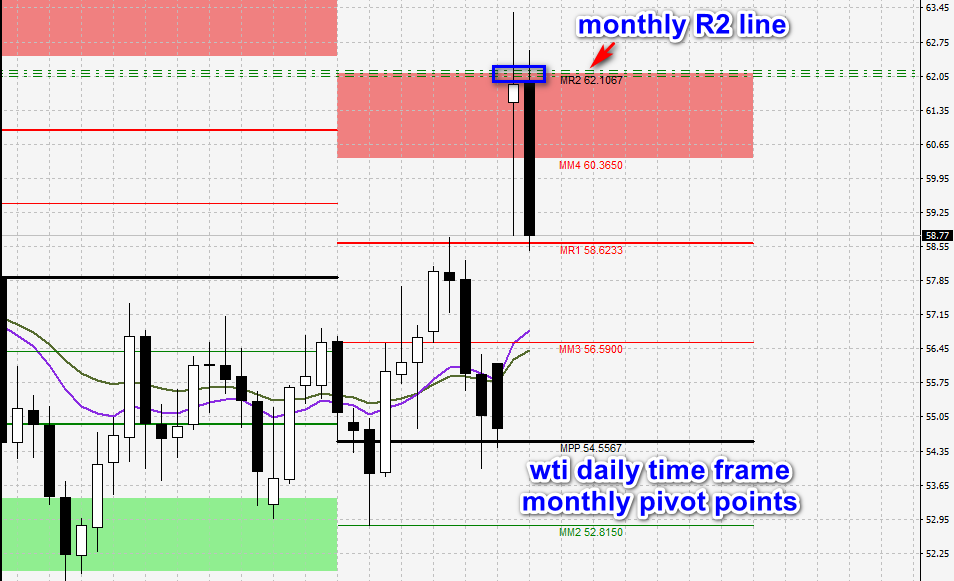 However, weekly R2 and monthly R2 resistances just stood in oil’s way. The upward movement was unsuccessful and a strong sell-off began.

It’s worth mentioning the situation on gold. Many people expected that immediately after the stronger upward movement on silver, gold would follow. However, on Monday gold opened just below the monthly Pivot level and couldn’t break through it: 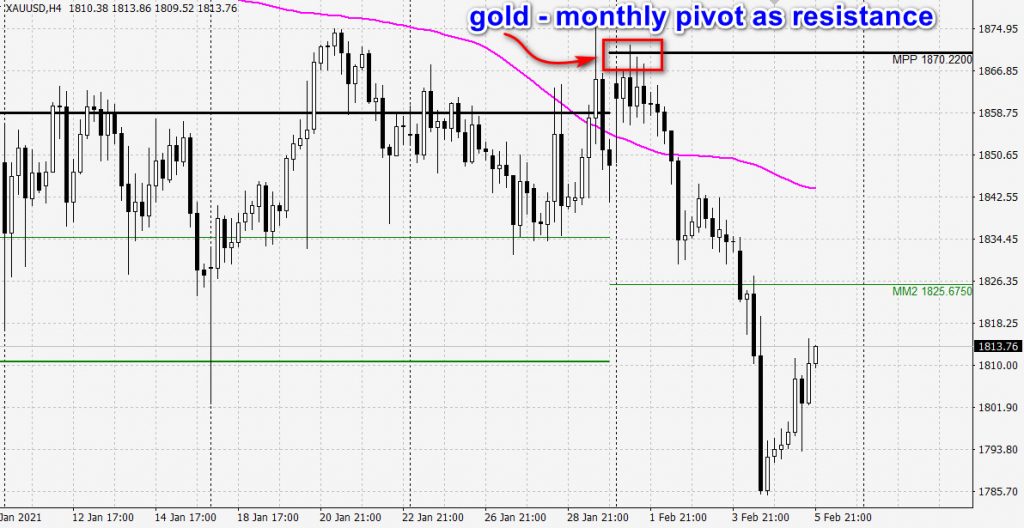 Are there chances for upside on silver?

I’ll write more about this in a separate article here. I’s certainly worth tracking the yearly Pivot Points. This is an indication of potential support and resistance. For example, last year we could see S2 as support and an upward move to R4.

If silver buyers manage to push the price above 30 level then I would look for potential targets just with the help of the yearly Pivot Points. 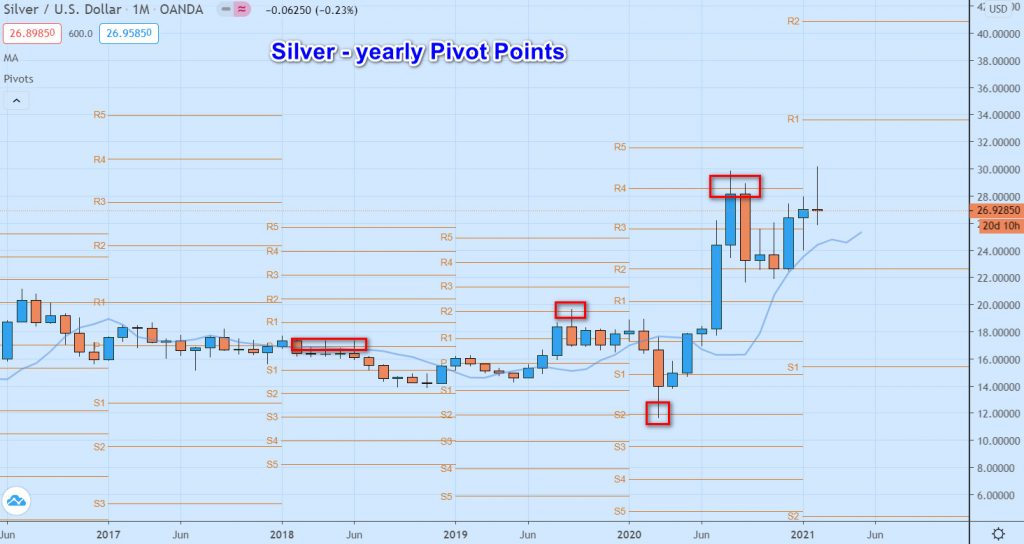 What’s great is that even in such extreme situations technical analysis – be it basic support and resistance or indicators like Pivot Points can still be helpful.