The situation on gold and other metals is very interesting, so let’s look at what happened here.

Gold was in a sideways movement around the yearly pivot line:

There was also a monthly pivot line at around 1812, which had been acting as strong resistance since early July. Today it finally managed to break higher:

On a possible move higher, it is worth watching for a reaction with the more important monthly and yearly pivot levels. 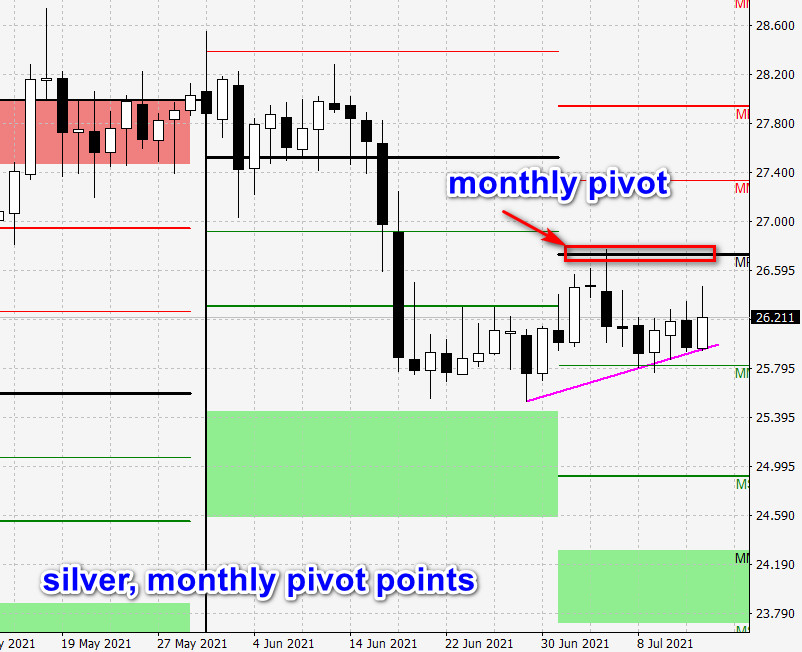 In the longer term, the more important level is the yearly M-line, which has already acted as resistance: 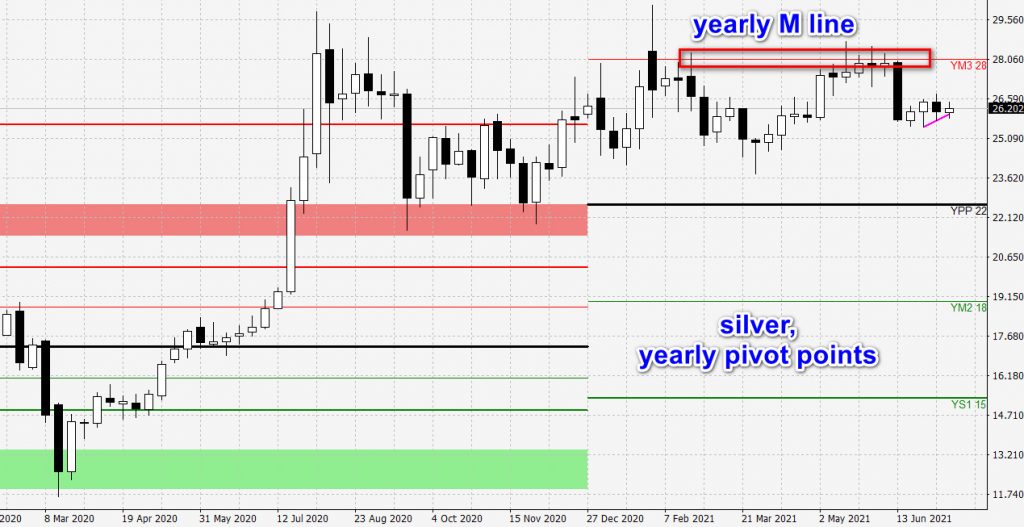 Platinum is also worth watching. After breaking through the monthly pivot line there was a correction, but there was a strong rebound: 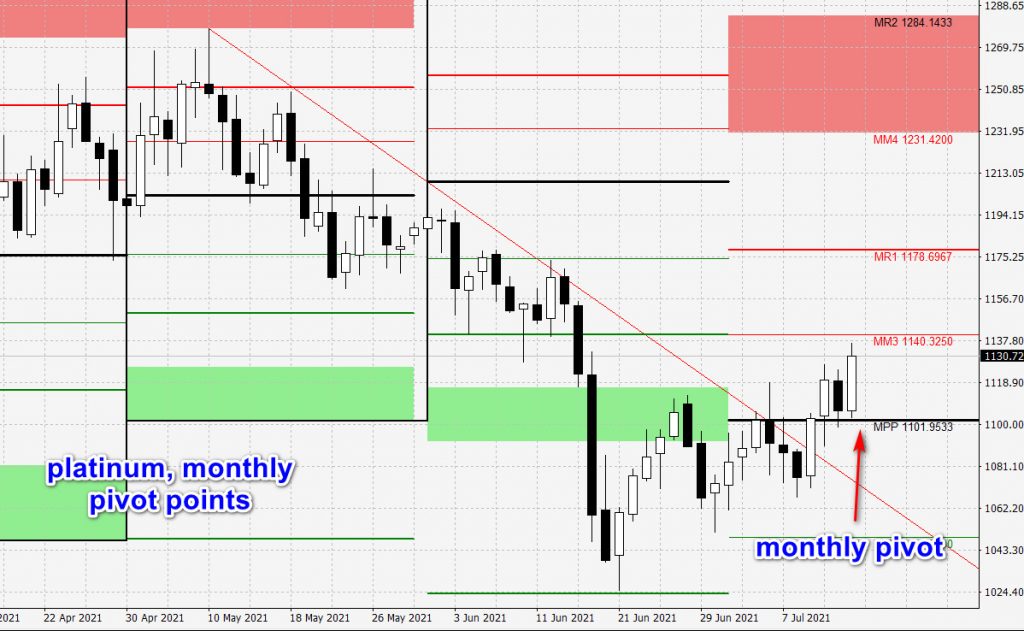 If there will be a continuation of move up on metals, I strongly recommend to check monthly and yearly levels for possible targets.