Last week – I had a short position at SP500 futures. Trade was going fine for a few days but the price hit weekly S2 support line. There was a clear bounce from that S2. I didn’t like it because in the last few weeks weekly pivot points worked like magic (as pivots sometimes do 😉 ).

Later there was another try to go lower but it failed. I closed that position.

You can see that this S2 was the start of the stronger move that we saw today: 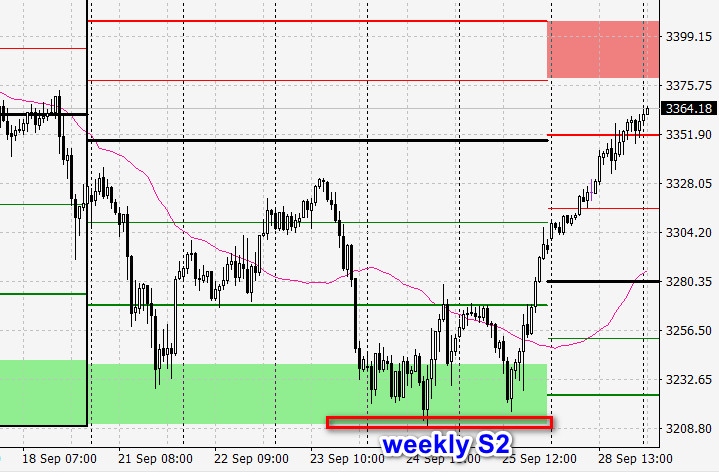 If you check SP500 chart you can see that in the last 4 weeks it was moving between pivot levels:

That’s the reason why I love pivots so much.

To be clear. There’re times that pivots work like that.

There’re times that move is very strong or there’s another pattern or level in the play.

So don’t short next R level just because of past action. You’ve to have strategy and confirmation for entry.

For example. Scenario – agreement in the US about the next coronavirus bill. In that case, we may see a move that’ll overshoot pivot levels and go much higher. So you should always think about different possible scenarios and not buy/sell blindly at pivots.

But yeah. Daily, weekly, monthly pivots give you important information about possible support and resistance levels. Sometimes you will earn some good money thanks to pivots, sometimes they’ll simply save your ass like in that example 😉